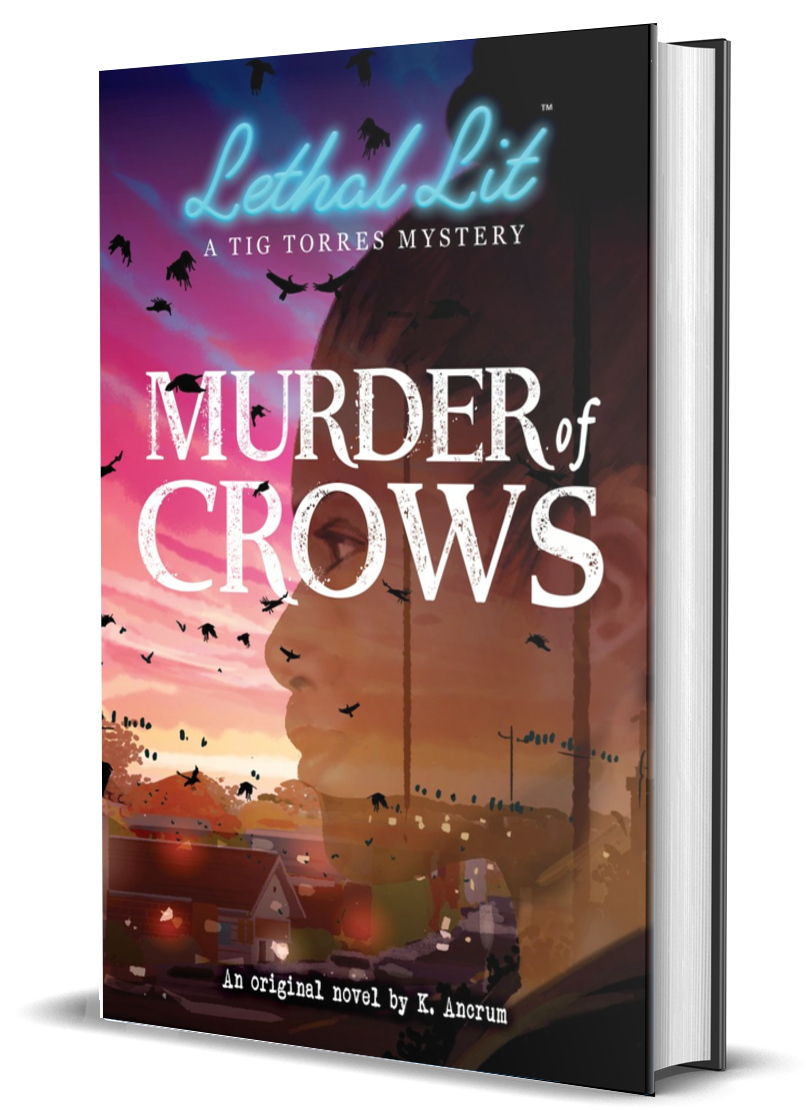 CATCH UP WITH THE PODCAST

Lethal Lit follows Tig Torres, a Cuban American teen detective, in her hometown of Hollow Falls. In season one of the hit podcast, Tig used her smarts and fearlessness to track down the infamous “Lit Killer,” a serial killer who staged his murders after death scenes from famous books. But there’s no rest for courageous, mystery-solving teens in a place like Hollow Falls, and though the Lit Killer is now behind bars, his protégé, Tig’s classmate and crush Oly, has disappeared!

And that’s not the only game afoot. Tig has caught the attention of the town’s local armchair detective group, the Murder of Crows. They’re obsessed with Hollow Falls’ dark past and fixated on a dangerous search for the missing body of the town’s founder. There are rumors about what’s buried with the body that could be life-changing for whoever finds it, and with a mission like that underway, it’s not long before a member of the Murder of Crows turns up dead.

Tig, along with her friends Max and Wyn, steps in to help, but the stakes are getting higher and the hunt more deadly. Someone’s willing to kill to keep the town’s secrets buried, and if Tig’s not careful, she’ll be the Murder of Crows’ next victim.

This original Lethal Lit story takes place between Seasons 1 and 2 of the podcast, and features a brand-new, never-before-told story starring Tig Torres and her sleuthing friends!

EARLY PRAISE FOR MURDER OF CROWS